At last the Pan Am Games begin tomorrow. One can only hope that the Games themselves will be so entertaining and the drama so compelling that the residents of the Greater Toronto Area will remember them with pride.

Regrettably, the lead-up to the Games has so far created anything but fond recollections. Indeed, the Games organizers seemed to have transitioned the population of the region from general indifference to outright hostility. 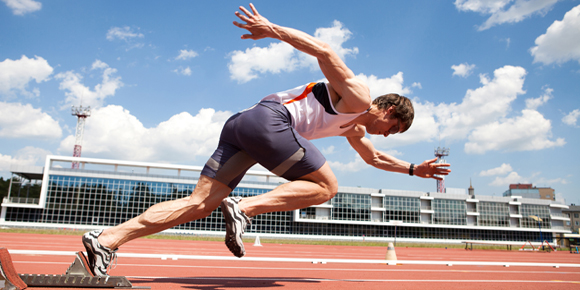 The Pan Am Games are essentially a special event – albeit a very large and unique one. At the risk of being very crass, I view the participating athletes as the entertainment. To be sure, as with any premier entertainer, they should be treated with generosity and dignity. It is the paying spectators, through both the purchase of tickets and paying taxes, who are the guests at the event. Without the Games’ audience, there is no event.

So before we look at why things have evolved to their current state, we should ask what principles a special events professional would invoke in planning for these Games. Let me suggest a few:

Ensuring that these four principles are imbued in all the planning and execution of the event will likely produce a success. Ignoring or, worse yet, violating these principles will result in resentment and bitter memories.

Let’s look at each principle as it relates to the Pan Am Games.

The Pan Am Games are a pleasant regional event that attracts modest attention. These Games are emphatically not on par with the Olympics. Yet organizers talked up the Games as if they were. The projection that 250,000 people will visit Toronto for the Games appears fanciful. These projections have left hoteliers worried with thousands of rooms that are yet to be booked.

Worse yet for the organizers, a number of media outlets have been pointing out that the Games are being oversold. National Post stated that the Pan Am Games “are a quadrennial multi-sport event, just like the Olympics, but without the glamour, prestige and round-the-clock international coverage.” The more blunt Toronto Sun observed, “the Pan Ams aren’t even bronze medal. More like fourth place, after Olympics, world championships…” The fact that some sports federations do not use the event as an Olympic qualifier further undermines the Games’ status.

There is nothing wrong with an event that is not the Olympics. Having a sporting event where the athletes participate purely out of love of the game, without the allure of over-hyped commercialization, has a refreshing charm. Make that unique feature the Games’ selling point rather than its hidden reality.

The special event equivalent is promising a five star dinner when you are actually holding a barbecue. Barbecues are fun, so advertise what is really happening.

2. “Treat those whom you have invited as welcomed.”

Initially, there was only indifference to the Games. That was quickly transformed to frustration when 10 days before the Games began, dedicated Pan Am lanes were created on all the region’s major highways. (It was claimed that the HOV lanes were introduced 10 days before the event started so everyone could become used to the traffic.)

In a city with some of the worst traffic in North America, one wonders how the organizers thought that tripling drivers’ time to get to work while they sat in their cars staring at empty HOV lanes would endear the Games to the population.

The response by the organizers to the driver anger was “learn to live with it”. The suggestion that maybe everyone should work from home only compounded the resentment. What event organizer would plan an event that ensures the invitees will show up annoyed?

3. “Remember that the customer is always right.”

Some things are bound to go wrong in big complex events. Yet if you are guided by this principle, problems can be quickly corrected.

Regrettably, the organizers’ response for these Games has been to blame the customer.

Mayor John Tory told CBC, “I think the only sport that we’re not playing at the Pan Am Games is moaning and groaning, and Toronto on a regular basis would be qualifying for a gold medal in that.” Canada’s kayaking Olympic champion, Adam van Koeverden, then told CBC, “It’s here whether you like it or not.” I doubt whether a special events professional would recommend to a host that they greet guests with a line like that.

Finally, there is the need to stay within budget. The National Post succinctly captured the issue with the headline, “Pan Am games are over budget at $2.5 billion”. Who wouldn’t want to tell the client that good news?

It is not just the cost overrun but also the total costs. $2.5 billion strikes most people as a lot of money. Some may ask if the last Games in Guadalajara cost $938 million and the next Games in Lima, Peru are budgeted at $890 million, why is Toronto shelling out almost three times as much for the same event?

The athletic competitions are now almost upon us, which we will all certainly enjoy. Like every special event there will be the clean-up afterwards. As everyone reflects on what happened and assesses whether there was value for the investment, we can then truly say; “Let the games begin!