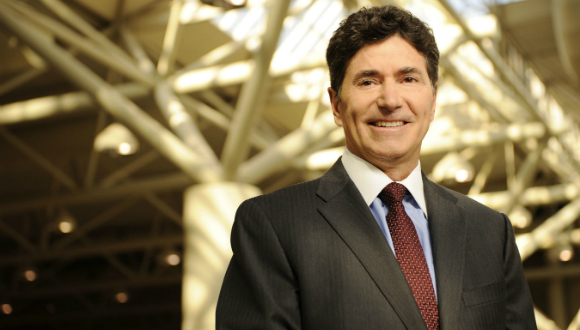 The Metro Toronto Convention Centre (MTCC) congratulates Barry Smith, President and CEO, on being honoured with a Lifetime Achievement Award by the Professional Convention Management Association (PCMA) Education Foundation at the 2017 Visionary Awards in Washington, D.C.

Smith is one of the first Canadians to ever receive this prestigious award, which recognizes inspirational leaders for their extraordinary contributions to the business events industry. The award acknowledges Barry as an industry pioneer who has earned a strong reputation for successfully attracting international business to Toronto while never shying away from taking risks, leading a world-class team, and using new technology.

PCMA celebrates Smith, who has led the MTCC since 1998, for showing unwavering support for education in his important roles on the PCMA Board and PCMA Education Foundation Board of Trustees, including his important contribution as the first Canadian Chair for the PCMA Education Foundation. He is also noted for going above and beyond by engaging suppliers and expanding their role within PCMA.

“It gives us great pride to see Barry receive this incredibly well-deserved Lifetime Achievement Award,” said Harald Thiel, Chair of the Board of Directors at the Metro Toronto Convention Centre. “We truly value his exemplary leadership and his commitment to our industry and PCMA.”

“Over his distinguished career Barry has been a true champion for business events and his constant thirst to innovate has kept Toronto and its Convention Centre at the forefront of our industry,” said Johanne Belanger, President and CEO of Tourism Toronto.