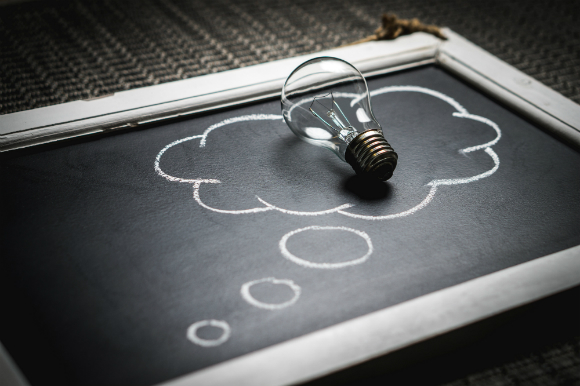 From where does creativity come?

Let me just say, I dislike the phrase ‘thinking outside of the box.’ It means nothing. The sky is the limit. After having produced events with budgets ranging from small to large, I feel qualified to say that your creativity is only limited by your imagination.

So, where do you start?

You have one tool: information. Ask the right questions and the vision will begin to appear. Do not paralyse yourself by thinking it cannot be done. Keep your eyes and ears open at all times.

Here, I have laid out an example of a creative problem that I faced and how I overcame it.

I received a call one morning from someone who was directed to me for help with his large island booth at an interactive trade show. He had not come up with a concept yet and I needed to rescue him, but I only had five minutes to come up with the concept!

Since I attend the trade show each year, I knew the details of the show. The attendees were involved with the meetings and incentive business. Once he gave the details of the booth’s footprint, I began to ask questions: What was his corporate message? What did he want the attendees to come away with? He didn’t know the answers to these questions, and when I cannot get the right answers, I turn to word association.

Since the client was with a hotel chain that recently merged with another hotel chain, I started by writing down ‘new team.’

Where were the hotels located? I wrote down ‘around the globe.’ The theme had come to me: Meeting Planners Are Globetrotters.

We were going to have a large cartographer’s map of the world under a large sign reading ‘Meeting Planners Are Globetrotters’ with all the hotels marked on the map. Since the merger created a new team, the booth staff would be dressed in referee shirts with whistles around their necks. I would hire one of the Harlem Globetrotters to do a one-on-one with the attendees, who could have a photo taken.

I was the first to create interactive booths for this particular trade show, and the theme was created in the five minutes given to me! The program was a huge success. The booth was constantly busy and while the attendees waited for their chance to take a photo with the Harlem Globetrotters player, the booth staff could discuss their products with the attendees. As a follow up, attendees were sent their photo.

Next time, we’ll discuss how to find creative ideas anywhere and everywhere.