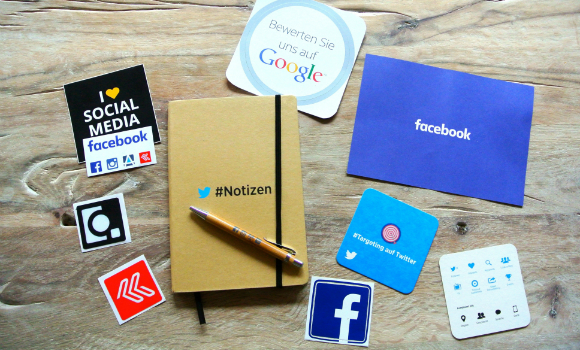 It’s the age of the influencer. Social media marketing has created a strata of social media users that leverage their online followings — some as small as 1,000, with others in the hundreds of millions — to strike deals with brands and organizations to not just promote their products, but to lend them some VIP verve and spark a conversation. It’s the celebrity endorsement evolved, and it’s marketing that’s tailor-made to engage audiences and follow through on brand awareness, the old upper limit of a successful ad campaign.

That follow-through has startups and blue chip brands alike enlisting influencers in their marketing campaigns. Last year, influencer marketing agency Mediakix estimated that Instagram’s influencer market was $1.07 billion, and next year, it expects that number to jump to $2.38 billion. The trend is industry agnostic, with everything from tech companies to fashion houses to health food brands investing in influencers. Largely absent, though, is the events industry.

“’There’s a lot of noise out there. You’re in competition with a lot of events at the same time.’”

In EventMB’s 2018 State of the Event Industry Survey, only 24.6 per cent of planners reported that they intend to invest in influencer marketing, while 32.6 per cent said they don’t intend to at all. The remaining 42.8 per cent simply don’t know. For an industry that is constantly changing in scope, outlook and practice, its adoption of influencer marketing is uncharacteristically sluggish. Brent Taylor, managing partner at Timewise Event Management and co-founder and producer of the GO WEST conference, is convinced that slow adoption is a mistake.

“Influence marketing is the future when it comes to events,” says Taylor. “There’s a lot of noise out there. You’re in competition with a lot of events at the same time.” And influencers are uniquely positioned to cut through that chaff. They have committed, active audiences that they wield, well, influence over.

Taylor first started using influencer marketing when he was planning GO WEST, Timewise’s recently-launched event management conference. Taylor was eager to generate buzz for the show and engage stakeholders and attendees, and while he already leaned on social media, he wanted to go further than a Facebook or Twitter blitz. Then he realized he had the answer in front of him all along: GO WEST already had a list of agencies signed on to participate, so why not broaden the scope of their participation?

Taylor’s pool of influencers ultimately became a core pillar of his marketing strategy. In one fell swoop, he compounded GO WEST’s footprint on social media with influencers that engaged attendees early and often. Moreover, GO WEST influencers became valuable conduits for attendee feedback, offering advice on how to best shape the event. For Taylor, for the influencers and for the audience, it was a win-win-win.

“Speakers’ value isn’t just in the presentation, it’s in the people,” says Taylor. “They’ve got to go in advance to the event, get engaged before the event, during the event and after. They need to be immersive and pervasive.” The era of speakers simply flying into town in the morning, presenting in the afternoon and flying home that evening is over.

“When it comes to social media,” says Taylor, “it’s going to depend on the industry and subject matter.” For a show about municipal fleet maintenance in Edmonton, for example, Taylor found — unsurprisingly, maybe — that the industry didn’t have a particularly active social media presence he could leverage. Nevertheless, Taylor regrets not having done more legwork to identify potential influencers, even if fleet maintenance social media isn’t thriving. Long term, they could potentially seed conversation for subsequent years. Every active social media scene started somewhere.

Treating social media as an extension of traditional media is a mistake. Via influencers, niche industry-specific markets — the markets you need to speak to and engage — are already active and receptive. Piggybacking on those established relationships stretches your social media reach further than simply posting. So yes, come up with a clever hashtag; and yes, create compelling posts on your event’s Facebook, Twitter and Instagram accounts, but don’t stop there. You need reach, and influencers have it. You need to engage attendees, and influencers can do it.