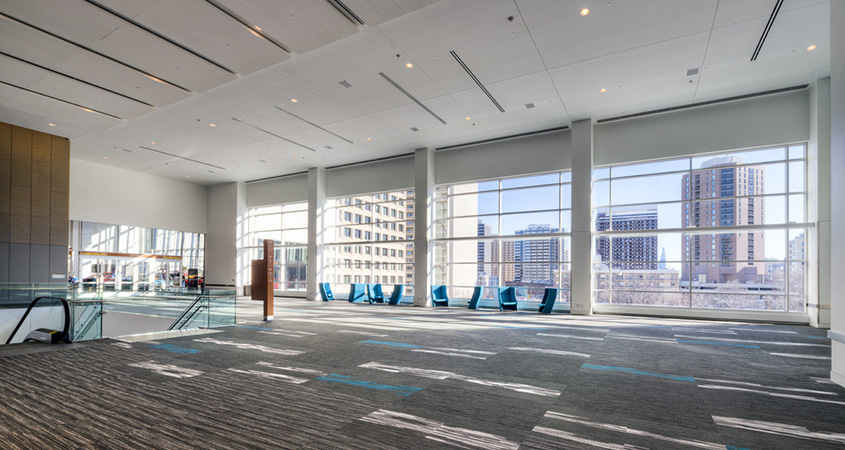 Winnipeg’s RBC Convention Centre is getting a much-needed injection of cash.

City council has agreed to loan the 260,000-square-foot facility $7.5 million to help keep it afloat during the COVID-19 economic downturn.

The financial assistance will go toward covering losses that may continue through to next year. The city-owned convention centre has experienced cancellations and postponement of events that have devastated operations.

Councillors who voted in favour of the loan guarantee say they did so because the downtown convention centre is a key component of Winnipeg’s tourism industry, even though there is concern the loan might not get paid back.

To date, the massive meeting space has taken several steps to save money, including rolling back salaries, introducing wage cuts, temporarily laying off staff and deferring maintenance. However, without the ability to generate revenue, it still faces significant cash flow challenges.

This is the third time city hall has bailed out the convention centre since it underwent a significant expansion several years ago. In 2019, council agreed to pay off a portion of the cost of upgrades in the original portion of the building, as well as a share of the construction loan tied to the expansion.

Completed in 2015, the expansion project roughly doubled the size of the convention centre, adding 131,000 square feet of exhibit space and underground parking. Since then, business has increased, with the venue experiencing record bookings in the last two years. By 2017, the annual visitor count had increased more than 1,000 per cent, to approximately 557,000 from 50,000, according to a report by the Winnipeg Sun.