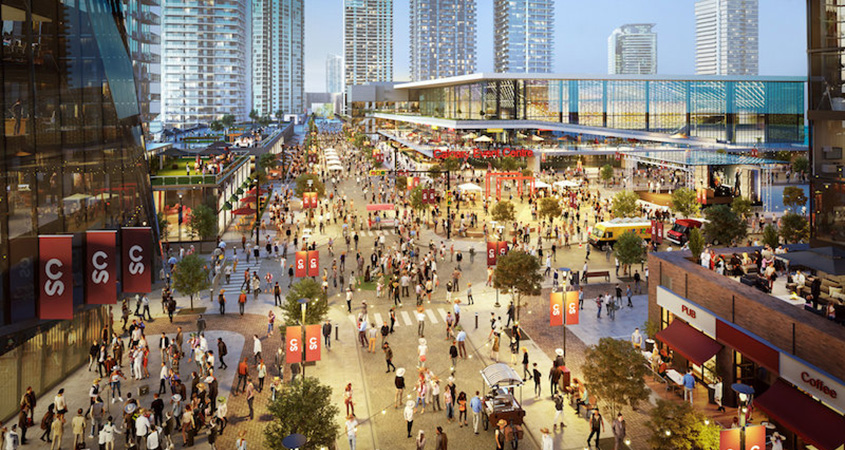 Calgary’s iconic yet ailing Scotiabank Saddledome is one step closer to meeting its demise with the naming of the team that will design and build a new event centre in one of the city’s oldest districts.

Following a robust request for proposal process that began early this year, Calgary Municipal Land Corp. (CMLC), in conjunction with the City of Calgary and Calgary Sports and Entertainment Corp. (CSEC), has selected local multi-disciplinary design firm, DIALOG, and global design, architecture, engineering and planning firm, HOK, to lead the design. CANA, which built the original Saddledome for the 1988 Winter Olympic Games, and U.S.-based Mortensen won the construction contracts. The announcement was made June 24.

“First and foremost, we were looking for a team to work alongside us for the next five years,” says CMLC president and CEO, Kate Thompson. “We’re confident in our selection based on their collective experience, capabilities and understanding of how to deliver a venue that demonstrates Calgary’s pride and spirit.”

Specialty consultant teams that will support the project’s engineering requirements include Entuitive and Thornton Tomasetti (structural), DIALOG, ME and Designcore (electrical), and Remedy and ME (mechanical).

“As we move forward with the development of this facility, we are confident this project team brings the experience, leadership and ambition to realize the full potential of what the event centre provides Calgary,” says CSEC’S president and CEO, John Bean.

DIALOG and HOK’s design partnership extends to multiple Calgary projects like the Central Library and new Cancer Centre. The team’s sports expertise includes the design of Little Caesars Arena in Detroit, and Mercedes-Benz Stadium in Atlanta.

CMLC says it selected the duo based on their combined relevant expertise for projects of this scale — the companies also worked together to design Edmonton’s downtown arena, Rogers Place — and thoughtful understanding of the guiding principles of the project, which will serve as the anchor for the surrounding area with neighbouring amenities like the soon-to-be expanded BMO Centre.

The goal for the design of the event centre is to balance the needs and expectations of various sporting leagues like the NHL and National Lacrosse League, while providing the flexibility and adaptability to host a myriad of entertainment, cultural and commercial events year-round.

The firms will now work on the concept design of the facility, aligning with the Rivers district master plan, area redevelopment plan and public engagement findings.

Construction is set to begin in August 2021, and expected to take approximately three years. Completion is slated for May 2024.

The Saddledome will be demolished once the new arena opens.

Located immediately north of Stampede Park on a two-block site in Victoria Park, the event centre replaces a 2015 plan called CalgaryNEXT, which included two buildings in the West Village along the Bow River. The new facility will have a seating capacity up to 19,000 and may include a second smaller community centre to replace the Stampede Corral. The cost of the $550 million arena will be split equally between the Calgary Flames ownership, CSEC, and the city, unless the costs take the city’s contribution over $275 million. At that point, CSEC would have to pay the extra.

While the city will own the event centre, CSEC will be responsible for its everyday operations and maintenance, as well as repairs with the exception of major structural repairs (the city will be on the hook for these). CSEC will also keep all revenue under a 35-year lease agreement, which includes a non-relocation clause for the Calgary Flames during that period. The city will receive $250,000 annually for 10 years based on its share of the naming rights and two per cent of ticket sales for all events (capped at $3 million per year for the first five years).