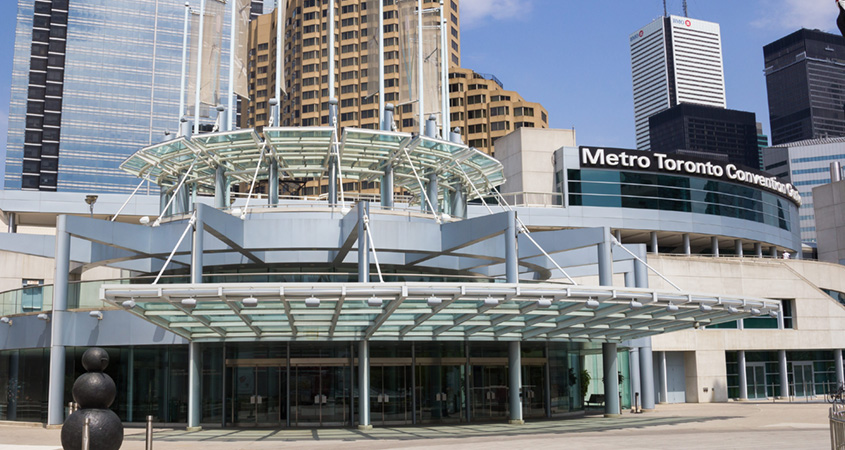 The Metro Toronto Convention Centre (MTCC) is the recipient of this year’s Award of Excellence for Sustainable Tourism, presented by the Tourism Industry Association of Ontario (TIAO).

“We are very pleased to be recognized for operating a world-class facility that is committed to sustainability,” says MTCC president and CEO, Lorenz Hassenstein.

Every year, MTCC redirects 90 per cent of event waste from landfill by recycling and donating food and materials to local charities. The centre’s charity partners, including Scott Mission, Margaret’s Housing and Community Support Services and the Toronto District School Board’s student nutrition program, support the most vulnerable in Toronto. In fiscal year 2019/2020 alone, the facility diverted the equivalent of 35 garbage trucks of waste from landfill.

Other sustainable practices include the upkeep of rooftop beehives, a rooftop chef’s garden and a robust local food program. Approximately 65 per cent of all food and beverage items procured by the facility are locally sourced. This reduces the travelling time for products, as well as the environmental footprint of procurement. MTCC employees also actively participate in sustainability initiatives throughout the year, including a spring cleanup, textile recycling and creating departmental sustainability checklists.

“We believe success means operating ethically, reducing our environmental footprint as much as possible and making a positive impact in our community,” says Hassenstein.

MTCC was the first convention centre in Canada to offer events clean renewable power. It was also the first in North America to use the Voyage Control app to reduce carbon dioxide emissions during event move-in and move-out.

The sustainability award is one of eight the TIAO presents annually. The honour is bestowed on an organization, individual or initiative that has made a viable and maintainable contribution to the practice and promotion of sustainable tourism in Ontario.