“David brings tremendous knowledge and sector-specific experience that will be vital to support our industry through this important time,” says Travel Alberta board chair, Linda Southern-Heathcott. “(His) connection and passion to tourism in Canada will ensure Alberta is well-positioned to once again welcome back visitors from the rest of the country and all over the world, when it is safe to do so.”

Prior to COVID-19, Alberta tourism was an $8.9 billion industry on a growth trajectory, supporting 22,000 businesses and generating nearly 73,000 jobs. Now faltering from the pandemic, the worst crisis for the travel sector in the modern era, traveller spending in the province is anticipated to fall approximately 63 per cent in 2020 to $3.5 billion, compared to 2019.

“This is personal for me. I know too many entrepreneurs — some of them in second and third generation businesses — that are reeling from this crisis. Families and communities are relying on a smart recovery,” says Goldstein. “I’ve long collaborated with and admired the team at Travel Alberta, and see this as an opportunity to roll up my sleeves to help create the conditions for success.” 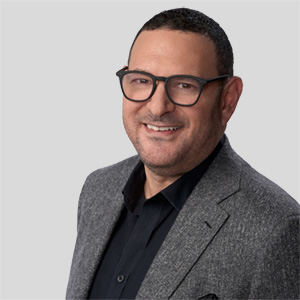 During his time with Destination Canada and TIAC, Goldstein was at the forefront of several important initiatives driving the country’s tourism sector forward, including the development of a federal tourism strategy; changes in aviation and visa policy; increased investments in global marketing; and modernizing an aligned strategy with provinces and city destination marketing organizations to develop the global Team Canada strategy, known as NorthStar 22.

“Having the privilege of being part of the record growth in Canada’s visitor economy over the decade preceding this crisis, I felt it was time to get back in the game and be part of the recovery,” he says.

Goldstein takes over the role from Chris Heseltine, who has served as acting CEO since Chwin’s departure in May, after six years with Travel Alberta. Heseltine will continue as vice-president of economic development and community engagement, with acting responsibility for strategy, insights and stakeholder engagement.