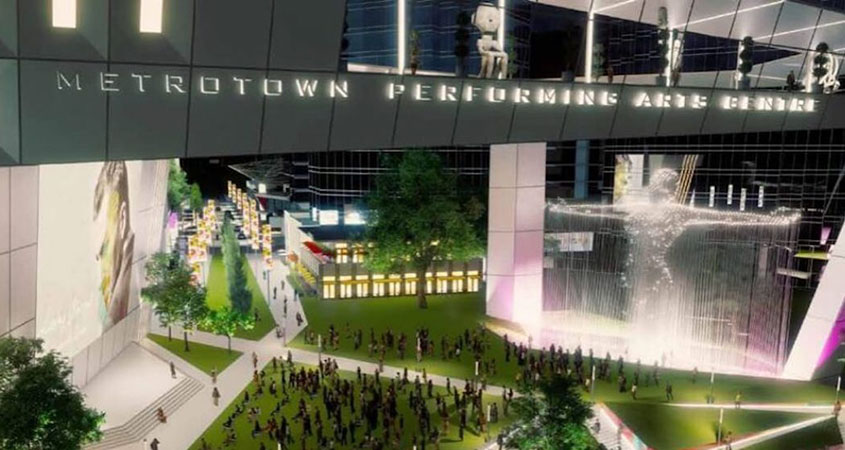 Plans for Metro Vancouver’s newest events and convention centre are coming into focus.

With a total floor area of 196,380 square feet, the concept features a 60,000-square-foot hall that could be used for a single event or reconfigured into two separate spaces to allow events to take place simultaneously.

It is projected that the convention centre could host as many as 566 events a year totalling up to 250,000 visitors.

The plan also calls for a new 36,000-square-foot art gallery, with 13,000 square feet dedicated specifically for exhibition areas and visitor services. The art gallery will be located next to the convention centre in a standalone building, separated by a large outdoor public plaza.

Although a priority — city council originally approved the planning steps for a major performance, events venue and conference centre in summer 2019 — the facilities are presently unfunded.

The project is considered a key component of Burnaby’s ambitious master plan for the Metrotown area, which includes the redevelopment of existing lowrise residential buildings and single-family homes into towers, as well. The venue is slated for existing mall property next to SkyTrain’s Metrotown station.

City staff have been working on the plans for the convention centre with Chicago-based destination consulting firm Hunden Strategic Partners for more than a year. A report will now be reviewed by city council.

The municipality is spending about $1 million over four years (2019-2023) for the creation of the convention centre’s conceptual design.

Also in Metro Vancouver, a new hotel and convention centre complex could replace Pacific Rim Resort in south Surrey, according to plans released in January. Known locally as the Pink Palace, the property was to undergo an extensive interior and exterior renovation valued at $28 million. Upon reopening, it would be home to the first DoubleTree by Hilton in the Lower Mainland.

However, new plans by Mason Link Development indicate the resort may be demolished instead, and replaced with a mixed-used complex comprised of two new hotels, a four-storey convention centre containing 41,200 square feet of conference and meeting space, and ground-level retail and restaurant space. There is also room on the site for two six-storey residential buildings.

DoubleTree by Hilton will still be the brand for the latest development concept.

Opened in 1992, the existing Pacific Rim Resort contains 150 rooms and approximately 10,000 square feet of meeting and event space. While it has been closed to guests since October 2018, it is temporarily being used as a film and television production studio.

The City of Surrey is currently in the early stages of reviewing a rezoning application for the site to allow for the new redevelopment plans.