“Over the past year, Clark has captured not only my attention but my deep respect,” said Margaret Binns, president of MPI Toronto. “In his role as chair of MMBC, he works tirelessly to advocate to elected officials and industry stakeholders about the critical social and economic impact that our industry has on the financial health of this nation. He was the obvious choice for this award.”

Grue’s efforts on behalf of Canada’s business events industry take the form of media interviews, industry webinars and meetings with government decision-makers who have gained an appreciation for the shut down’s devastating toll on the industry, as well as a better understanding of how business events can help drive Canada’s economic recovery.

In accepting the award, Grue recognized how the industry has worked hard to raise its voice at a critical time.

“Advocacy is definitely a team sport — it takes an army of voices and continual persistence to have success,” he said. “So many of you have done so much for this industry over the past year. I want to thank each one of you for your efforts and commitment.” 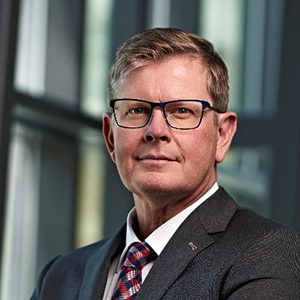 “I’m proud to say that the meetings industry has come a long way this past year in advocating to government for the support that is so desperately needed,” added Grue, who is also president and CEO of Calgary-based Rainmaker Global Business Development.

MMBC works with industry partners like the Tourism Industry Association of Canada to advocate for immediate and appropriate relief for the visitor economy. These advocacy efforts have contributed to the introduction of new programs, such as the Highly Affected Sectors Credit Availability Program (HASCAP).

The MPI Toronto chapter awards program is designed to recognize excellence in active chapter members, for their commitment, service and involvement in the chapter, industry and community at large. The President’s Award is given at the discretion of the association president to an individual in the meetings industry who has made an outstanding contribution. It can be presented to anyone within the industry, regardless of membership status.