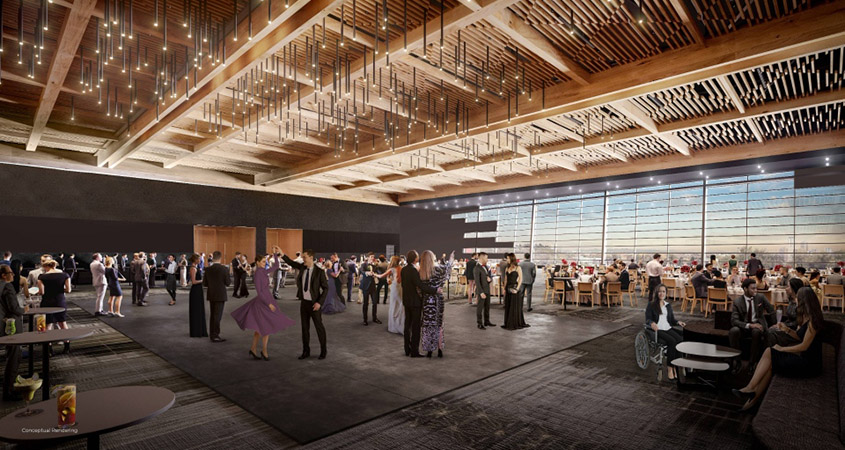 Crews have broken ground on the $500 million BMO Centre expansion at Calgary’s Stampede Park in the city’s developing culture and entertainment district.

“We are thrilled to see this project move into the construction phase on schedule,” said Kate Thompson, president and CEO of the Calgary Municipal Land Corp. (CMLC). “I believe it’s just the beginning of big, positive change for this district and downtown Calgary as a whole — something that’s going to be galvanizing for our city, which, as we know, has weathered some challenges over the past couple of years.”

The BMO Centre expansion will significantly grow and modernize the facility to become the largest convention centre in western Canada, enabling Calgary to host major international events. The project will also create thousands of jobs for the community, both during construction and after its completion.

Visitors to Stampede Park can now expect to see a significant increase in construction activity on-site, led by construction manager PCL Construction. Over the past 24 months, crews have worked to prepare the site with extensive utilities upgrades and demolition work.

Construction of Exhibit Hall F was completed in late 2020, after it got underway last summer. Its completion has added 100,000 square feet of exhibition space on the north side of the existing convention centre.

The Calgary Stampede and CMLC chose the design team in spring 2019, and revealed the facility’s transformative design in June 2020. Edmonton-based design and consulting company, Stantec, is the prime consultant and architect of record. Global architectural firm Populous is the architectural design lead and S2 Architecture is leading the construction administration team.

The building will dramatically transform the Calgary skyline when completed in 2024. Beyond being significantly larger than the existing BMO Centre, offering double the rentable space, the new facility will reflect, inside and out, today’s best practices in convention facility design.