Elizabeth McCullough is retiring as general manager of trade shows at the Canadian Institute of Heating and Plumbing (CIHP), effective June 30.

“On behalf of the CIPH board, her teammates and the general membership, we salute the 24 years of service Elizabeth has provided to CIPH,” says CIPH president and general manager, Ralph Suppa. “We wish her good luck on her retirement as she steps into this new and exciting phase of her life.” 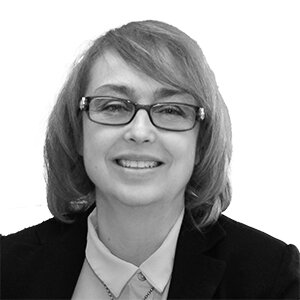 McCullough first joined CIPH in 1992, and has handled sales, marketing and operations for the MCEE Expo in Montreal, CIPHEX West and, previously, for the CIPHEX roadshows. She has also worked with the CIPH trade show advisory committee, industry career awareness committee, CIPH women’s network and is a member of the Canadian Mechanical and Plumbing Exhibition show committee.

Throughout her career, McCullough has been involved with regional, national and international trade shows across Canada and in the United States, in the plumbing and heating, automotive and trucking industries.

Elizabeth has been an active member of the Canadian Association of Exposition Management (CAEM) since the early 1990s, serving as the association’s president from 1996 to 1998. She received the certified director of expositions designation in 1997, and was inducted into CAEM’s hall of fame in 2011.

Sarah Clarke will step into the role CIHP trade show manager upon McCullough’s retirement. Clarke joined CIPH in October 2017, as an administrative assistant. She was later promoted to program coordinator and, most recently, to assistant trade show manager.

“Sarah’s positive attitude and work ethic will continue to be a great asset to CIPH as we evolve to meet our members needs and we deliver trade shows again,” says Suppa.

Considered a consummate team player, Clarke has been involved with a myriad of CIPH programs. Over the last two years, she has taken on increasing responsibilities with CIPHEX West, MCEE, the Canadian Hydronics Conference and last fall’s virtual CIPHEX show.