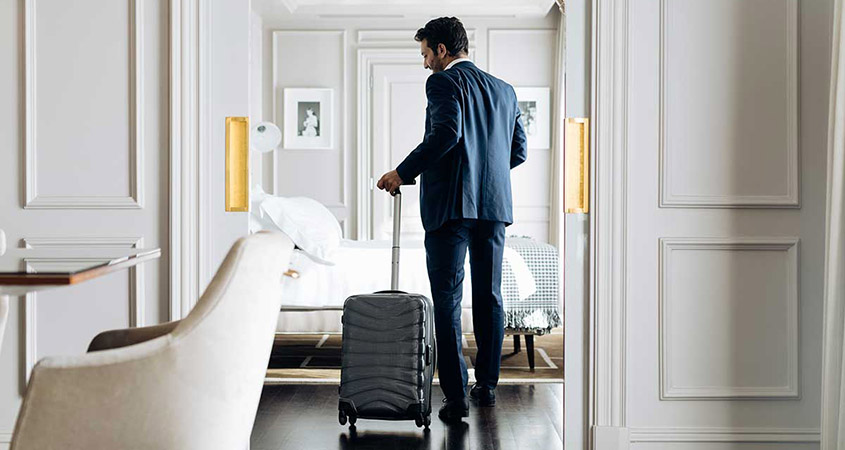 Market analysts appear confident that rallying conditions in Canada’s hotel industry are pushing the sector in a positive direction.

Colliers’ review of trends in the second quarter of 2021 gauges sentiment at a C+, while Avison Young’s mid-year Canada hotel market summary underscores expectations for improvement in the third and fourth quarters.

Both reports examine the interplay of COVID-19-related depressants that will have to lift before occupancy levels, revenue per available room (RevPAR) and average daily rates (ADR) can recover to pre-pandemic levels, and acknowledge that will take some time to fully occur. However, the steady increase in Canada’s vaccination rates, rebounding domestic travel, and the return of cross-border and international visitors are all cause for optimism.

“In the U.S., Memorial Day occupancy and RevPAR numbers were better than those posted during the 2019 Memorial Day holiday weekend, reaffirming that when it comes to travel, people are looking to make up for lost time,” Avison Young analysts observe. “This is a trend that will likely also take place in Canada, but several months behind the U.S.”

The firm’s proprietary analytics platform, which measures the weekly influx of people into downtown Toronto, Vancouver and Montreal, shows that the three metropolitan areas are becoming more active, suggesting an associated pickup in demand for hospitality services. Combined with national survey findings that 59 per cent of prospective vacationers intend to travel within Canada this year, the sector is considered well-positioned to attract a restless population that’s still hesitant to go farther afield.

“The leisure segment of the hospitality industry will likely have the quickest recovery, while markets that rely on corporate bookings will struggle until organizations relax business travel restrictions,” the Avison Young report projects.

So far, Vancouver is seeing more noticeable activity, while Toronto’s longer lasting lockdown measures are considered a major factor in the city’s weaker numbers. Averaged across the six major markets Avison Young surveys — Vancouver, Calgary, Edmonton, Toronto, Ottawa and Montreal — it charts an occupancy rate of 36.5 per cent for June 2021, more than 50 per cent lower than in June 2019. Only Vancouver surpassed the national average, registering a 44.8 per cent occupancy rate. Toronto’s hotel rooms were approximately one-third full, at 33.4 per cent, while bookings were scarcest in Montreal, with an occupancy rate of 27.2 per cent.

Average RevPAR for the six markets remained below $50, or 66 per cent lower than it had been 24 months earlier. Again, Vancouver was the only market where RevPAR exceeded the average. Nevertheless, it was more than 72 per cent short of the city’s June 2019 benchmark, which was just shy of $250.

Economy, midscale and upper midscale accommodations are showing the best recovery. Occupancy levels are highest in this service bracket — at roughly 40 to 43 per cent — and the gap from June 2019 bookings and revenues is the narrowest. As of June 2021, economy and midscale hotels were about 38 per cent below June 2019 occupancy rates and lagged June 2019 RevPAR by approximately 49 per cent.

Meanwhile, luxury hotels were still nearly 73 per cent below the occupancy rates they achieved in June 2019, and more than 78 per cent behind on RevPAR.

That said, hotels in the luxury, upper upscale and upscale bracket have slipped from a much greater original height and are still outdistancing their more affordable counterparts for RevPAR. For luxury hotels, RevPAR was at nearly $300 in June 2019, while upper upscale commanded about $200. Both segments enjoyed occupancy rates in excess of 80 per cent, whereas the pre-pandemic rate for economy hotels hovered around 60 per cent.

The looming expiry of pandemic relief programs is now causing some wariness across all hotel market segments. Currently, the Canada Emergency Rent Subsidy (CERS) and Canada Emergency Wage Subsidy (CEWS) are scheduled to end Oct. 23 — timing that overlaps with the off-season for leisure travel. The spectre of a strong fourth wave of COVID outbreaks, also a feared possibility for fall, would likely delay resumption of business travel.

“Hoteliers emphasize that they require 30 to 35 per cent occupancy for limited and select service, and 40 to 45 per cent for full-service, to break even on their costs. With Vancouver the only market above 40 per cent occupancy in June 2021, and Toronto, Ottawa and Edmonton just above 30 per cent, the hospitality sector is trending toward that break-even point,” the Avison Young report surmises.