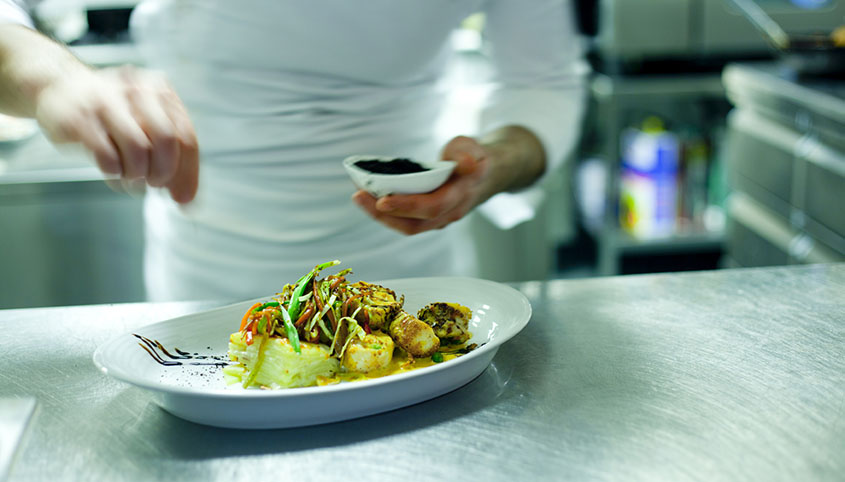 Steve Rutherford has joined The Westin Bayshore in Vancouver as executive chef.

Rutherford is a 10-year veteran of The Westin Bayshore, having spent a decade-long tenure there between 2007 and 2017, during which he moved up through the ranks from restaurant chef to banquet chef and, lastly, executive sous chef. His return to The Westin Bayshore follows more than four years at Victoria’s world-renowned Fairmont Empress, where he served as executive sous chef under executive chef Morgan Wilson (famed for achieving the highest rank for a non-European chef at the 2005 Bocuse d’Or).

“I’m so excited to return to Vancouver, and especially to The Westin Bayshore,” says Rutherford. “I love that there’s such great diversity of cuisines and cultures in this city – we have anything food-related that you could want. And at the Bayshore, there’s an incredible vibe, with a focus on moving forward and trying new things – a lot of excitement in the air and positivity about the future!”

In his new role, Rutherford looks forward to putting into practice his long-time culinary passions, which are well attuned to what so many industry professionals and everyday diners seek in their dining experiences today.

“The culinary scene on the West Coast is about sustainability, which is important to me,” he explains. “I like to cook with ingredients that we have growing in our own backyard and the wonderful seafood that’s right off our coastline. I’m always excited to support local – building the food story with producers, farmers and suppliers that have their roots in the Vancouver area.”

Paul Cannings, general manager at The Westin Bayshore hotel said, “We are delighted to welcome chef Steve back to The Westin Bayshore and look forward to the culinary excellence his team will continue to drive through creative and sustainable food and beverage programs, under his guidance.”