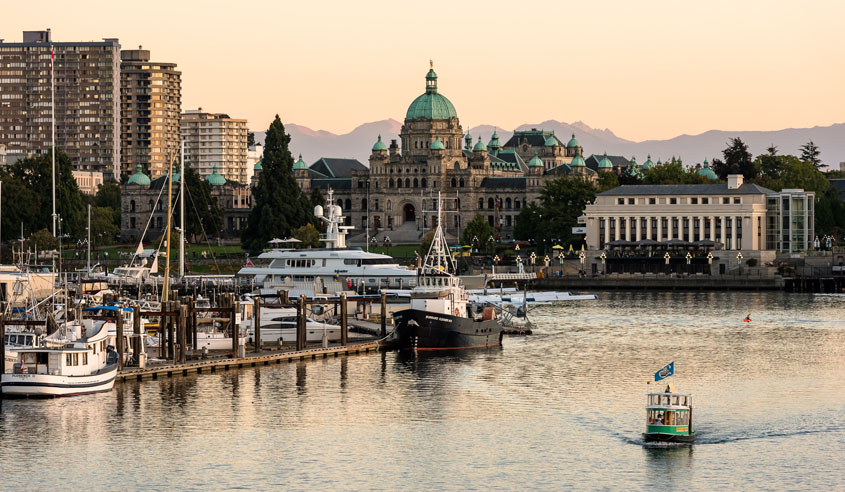 Two leaders with long-standing connections to tourism have been honoured for their contributions by Destination Greater Victoria.

The award goes to an individual or organization that has demonstrated leadership within the tourism industry. Previous Life Member Award winners include Paul Hadfield, Hugh MacDonald, Ian Powell and Terry Farmer.

Harbour Air is recognized nationally for being one of Canada’s Best Managed Companies by Deloitte Canada, a Canadian Signature Experience by Destination Canada, as well as Business of the Year by the Tourism Industry Association of Canada.

Wright said he’s confident the 2022 tourism season will be a return to normal after two years of the pandemic colouring everything from visitor numbers to hotel revenue.

Destination Greater Victoria gave its Miracle Award to Brenda Ollis. As the general manager of the Chateau Victoria Hotel, Ollis was recognized for her exceptional leadership and achievement in developing and supporting the industry.

Ollis started out in tourism as an accounting associate for the company that owned both the Harbour Towers and the Chateau Victoria hotels. She was made general manager and managing director of Chateau Victoria in 1999.