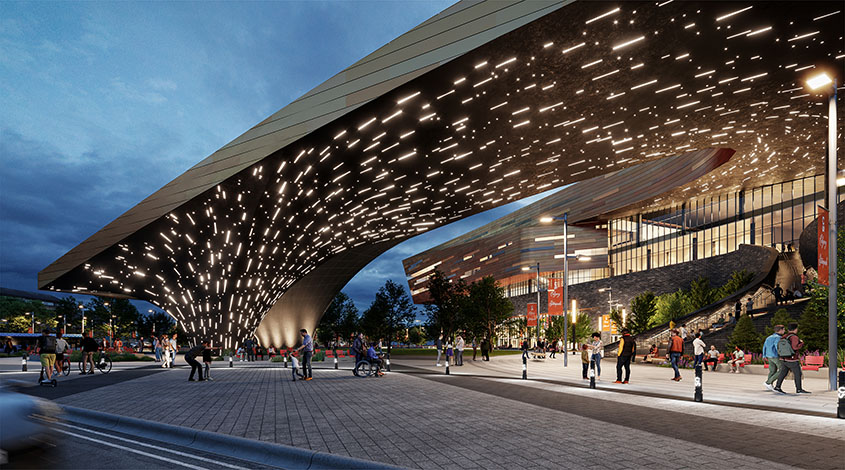 The BMO Centre expansion, on schedule for its opening in June 2024, has begun to take its dramatic shape rising high above the midway in Calgary.

The $500M expansion is already garnering significant interest for groups vying to bring their events and conventions to the facility. The team at the Calgary Stampede is preparing to once again welcome the world when the convention centre opens.

“The sheer scale of the building and its dramatic addition will be clear to guests the minute they set foot onto Stampede Park,” says Joel Cowley, chief executive officer, Calgary Stampede. “The expanded BMO Centre will showcase both the bright future of the Stampede as well as the welcoming western hospitality that sets the Stampede apart from other convention venues.”

Featuring over 1 million sq. ft. of space in the heart of Calgary’s emerging Culture + Entertainment District, when the expansion is complete, the BMO Centre will be Western Canada’s largest convention centre.

“We’re thrilled to see this big, important new landmark take shape. This is an extremely complex project, and we’ve worked tirelessly alongside our partners at the Calgary Stampede to deliver a world-class facility that’s right for Calgary, while carefully balancing the coordination of hundreds of events that take place on Stampede Park every year, and in close proximity to other major construction projects, like the 17 Ave SE Extension and Victoria Park/Stampede Station Rebuild. It is no doubt one of the one of the most active and robust construction areas in Calgary right now,” says  Kate Thompson, President and CEO of CMLC.

The BMO Centre expansion is designed by architects from Stantec, Populous and S2 Architecture. PCL is leading construction on the project.