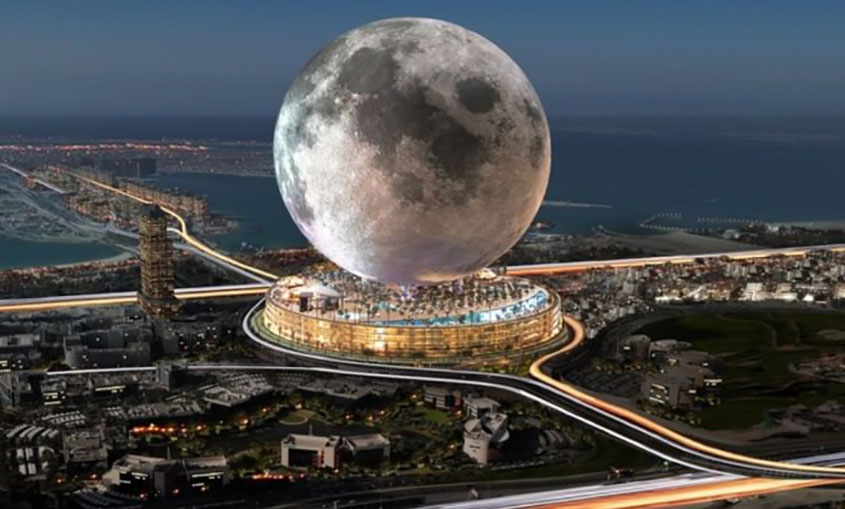 The resort will feature a first-of-its-kind, spherical, moon-shaped hospitality venue, which promises guests a trip to the moon, without the need to venture into outer space.

MWR is based in Toronto, Ont., and Vancouver, B.C. The company is licensing four MOON Destination Resorts around the globe (known as regional licenses), one in each of the following regions, North America, Europe, Middle East/North Africa, and Asia.

MOON will build out a true sphere, in contrast to many buildings which claim to be spheres, in actual just have a dome or partial dome structures. The sphere of the resort will reach at least 224 m (735 ft) above ground level, while its diameter will be built to the least of 198 m (650 ft). The licensees in the different world regions may stretch the height and width dimensions according to local laws.

The central idea of the resort revolves around offering guests a chance to visit a specially built 4-ha (10-acre) lunar colony, replicating moon’s surface, to be housed at the highest level of the resort. Other levels below will feature a convention centre, night clubs, restaurants, lounges, ballrooms, and hotel suites among other spaces over a complete area of 515,000 m2 (5,540,000 sf) of LEED-Gold-certified built environment. All the features will be encased, vertically oriented, in a curtain wall within the spherical outer layer. The designers project a year-long site-specific planning exercise, followed by a four-year build, will deliver each MOON location at a cost of $5 billion. The plan is to open their first location in 2027.