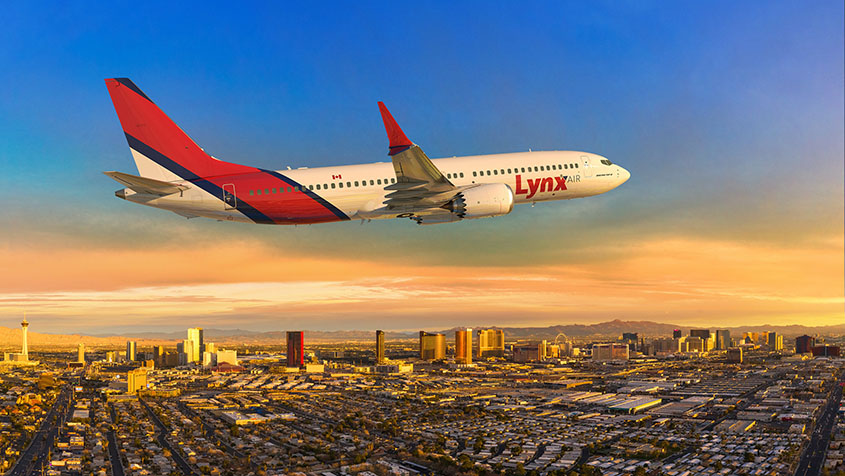 Lynx Air is expanding into the United States, with the addition of Orlando, Phoenix, Los Angeles and Las Vegas to its network.

Orlando will be Lynx’s first US destination, with flights taking off from Toronto starting on January 27, 2023.  Lynx’s US network will continue to expand over the following weeks, with the launch of services out of the Calgary gateway to Phoenix on February 7, 2023, Los Angeles on February 16, 2023, and Las Vegas on February 24, 2023. At that point, Lynx will be operating 5,292 seats per week to and from the United States from its Toronto and Calgary hubs.

“With winter approaching, we know Canadians love to travel south in search of warmer weather. We are thrilled to be offering an ultra-affordable option to four of the most popular sun destinations in the United States,” said Merren McArthur, CEO of Lynx.

Flair Airlines is increasing capacity by 50 per cent with release of its summer 2023 schedule. Flair Airlines says it plans to expand its fleet to 30 aircraft, up from 20, by the end of next year, with planned service to 70 routes.

“We’re looking ahead to another busy summer next year and we’ve increased our capacity significantly to keep up with increased demand,” said Garth Lund, Chief Commercial Officer, Flair Airlines. “Welcoming an additional seven aircraft into our fleet allows us to increase frequencies on our most travelled routes, giving passengers more options. As we expand our fleet, we’re also thrilled to expand our team across the country as Canada’s largest low-fare airline.”