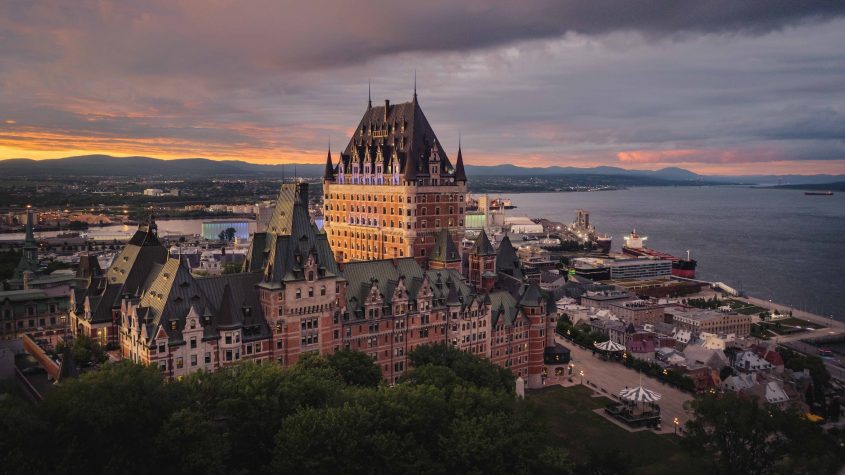 Québec City is making a mark on the international scene. In 2022, several of the City’s hotels and venues across were recognized by global publications and organizations, raising the destination’s profile among travellers near and far.

The Fairmont Le Château Frontenac was among the year’s honourees. It received the World Luxury Awards’ Global Hotel of the Year Award during an October ceremony in Swandor Topkapi Palace, Antalya, Turkey.

“Thank you to The World Luxury Awards and all of our distinguished guests for this tremendous honour!” said Fairmont Le Château Frontenac General Manager Kenneth J. Hall. “By offering guests extraordinary experiences in one of the most iconic chateaus in the world, Fairmont Le Château Frontenac colleagues, past and present, highly contribute to positioning this property amongst the best.”

In addition to winning the top prize, the Fairmont Le Château Frontenac was named the Global winner for the Luxury Castle Hotel Category and its gourmet restaurant, the Champlain, was deemed the Regional winner for North and Central America in the Fine Dining Cuisine category.

“It is truly an honour to be voted Best Hotel in Canada by the readers of the prestigious Condé Nast Traveller magazine,” said Alex Kassatly, General Manager. “Congratulations to our incredible teams for their dedicated and passionate work; this award belongs to you all.”

“The Building Energy Challenge has always reflected the values of the Québec City Convention Centre and its desire to use energy more efficiently,” the Centre remarked upon word of the award. “Thanks to the many initiatives implemented over the past four years by the Building Management team and its partner Opsis gestion d’infrastructures, we have been able to count ourselves among the winners in June 2022 and be qualified as a “proud energy efficiency leader.”

As globetrotting travellers and hotel aficionados attest, Québec City is home to world-class meeting and event spaces that are quickly distinguishing themselves on the international stage. Looking to 2023 and beyond, the City looks forward to attracting even more visitors and setting new industry milestones.