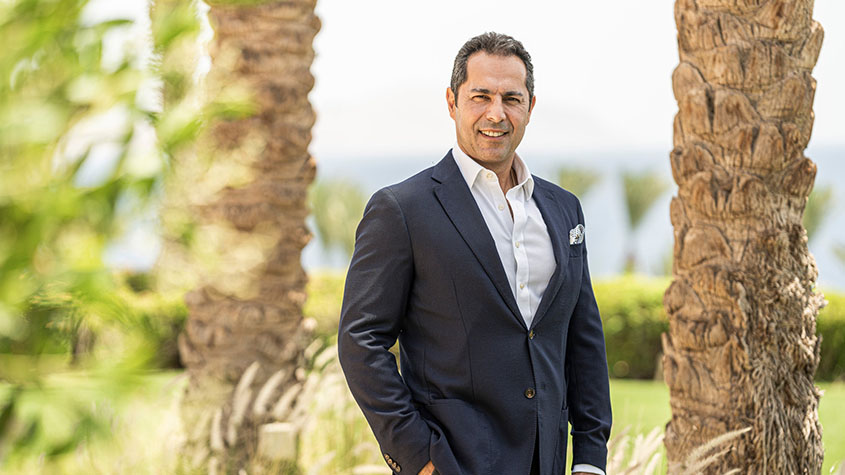 Four Seasons Hotel Montreal welcomes Sam Ioannidis as the property’s newly appointed general manager. With a 30-year tenure with Four Seasons Hotels and Resorts, he brings a wealth of knowledge and global experience to the Golden Square Mile.

Born in Frankfurt, Ioannidis grew up in Germany and Greece before moving to Toronto, where he studied hospitality and tourism management at a local university while working part-time at a renowned fine-dining restaurant. Honing in on his love for hospitality, food and travel, he began his journey with Four Seasons working at various properties throughout North America, such as the brand’s flagship property in Toronto, Nevis, Palm Beach, Houston, Boston and New York.

In 2013, he moved overseas to begin working at Four Seasons Hotel Baku, before opening Four Seasons Hotel Abu Dhabi at Al Maryah Island, and then taking on the role of the opening general manager at Four Seasons Astir Palace Hotel Athens. Most recently, he held the title of General Manager of Four Seasons Resort Sharm El Sheikh, where he oversaw its entire operations as it underwent extensive renovations and property-wide expansions.

No stranger to managing all facets of hotel and resort functions while simultaneously cultivating relationships with employees, guests and residents alike, his tenure and history speaks for itself, making him a shoo-in to fulfill the role of Montreal’s newest GM.

“It’s an honour to be at the helm of this iconic property,” says Ioannidis. “As a diverse city with its finger on the pulse of fashion, culture and food, I’m proud to work with a talented group of individuals in the heart of it all. Led by a dedicated ownership team, and as the epicentre of the downtown core and a beacon of luxury hospitality, I’m excited to build upon the hotel’s impressive successes and immerse myself in the community.”