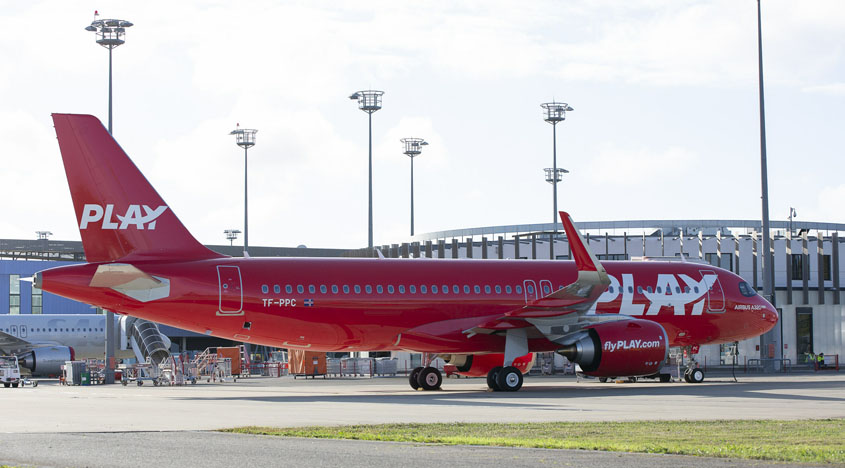 Play, a low-cost airline operating flights between Iceland and Europe, is launching service in Canada, with the first flights to Europe taking off in summer 2023.

To celebrate its inaugural flights from Canada, the airline is offering travellers tickets for as low as $169 to 13 destinations across Europe, including Berlin Brandenburg (BER), Brussels (BRU), Copenhagen (CPH), Dublin (DUB), Göteborg Landvetter (GOT), London Stansted (STN), Paris-Charles de Gaulle (CDG) and to Keflavik (KEF) for only $129.

“Travellers around the world are hungry to venture to new destinations and recent data shows that 73 per cent of global travellers want vacations outside of their comfort zone,” said Birgir Jónsson, CEO, Play. “We’re proud to expand Play service to Canada with service in Hamilton, offering both Canadian and European travellers a new way to reach iconic destinations. With our reliable and affordable flights, travellers can enjoy their destination rather than overspending on the flight to get there.”

Play offers a streamlined, no-frills service without costly features such as magazines, Wi-Fi, and entertainment, allowing travellers to pay less and “play more.” Rather than spending on travel extras, PLAY passengers can instead allocate their budget to the meaningful experiences, dining, and excursions that make a trip memorable — or even add a stop to another destination along the way.

In 2022 Play flew 800,000 passengers across Europe and North America with an on-time arrival rate over 96 per cent. PLAY’s pay-for-what-you-need model keeps its fares affordable. A personal item is included for the flight, and passengers can choose which upgrades they need for their trip, such as an in-flight meal, carry-on, checked bag, special bags for items such as golf sets, skis, strollers, and musical instruments, seats with extra legroom, cancellation protection and more.