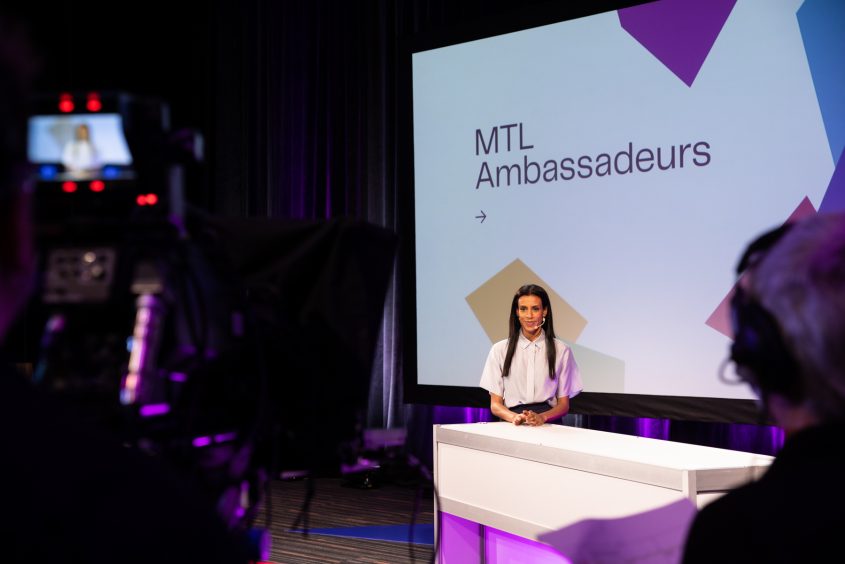 In-person galas may be limited or on-hold, but that didn’t stop the Palais des congrès de Montréal from rolling out a (virtual) red carpet for the Ambassadors who have helped attract groups worldwide to the reputed venue.

On May 13, the Palais turned its spotlight on six well-known Montréal envoys during its virtual Ambassador Club Recognition Awards Gala. The free and bilingual event was hosted by Rebecca Makonnen. It took shape over a 60-minute virtual magazine format featuring Club presentations, partner messages, and raffles for overnight stay packages at hotels across the City.

Throughout the night, the Palais highlighted the Ambassador Club’s achievements and applauded their efforts in attracting nearly 11,000 visitors to the City and generating over $28.9M in tourism. It also showcased the Club’s newest members, including:

The Palais used also the gala to crown Suzanne M. Benoît, CEO Aéro Montréal., as its newest Grand Ambassador. Ms. Benoît is the first woman and the fifth person to receive this title, which recognizes her instrumental work in expanding the reach of Montréal’s local aerospace expertise all over the world.

“I wish to thank the women and men who get involved with our business development teams in bringing major events to the city,” said Luc Charbonneau, Interim CEO of the Palais des congrès de Montréal. “It is because of their involvement that Montréal will be able to continue to boast it is the top host city in the Americas for international events. We are among the first to have developed this formula, and every year we see just how successful it is.”

The Palais’ Ambassadors Club was founded in 1985 as an international market development initiative to recognize individuals who help put the Montreal venue on the map. Today, it includes nearly 350 men and women who, while tending to their professional obligations, are actively involved in the process of bidding to host an international conference in Montréal.

“Today, more than ever, the Ambassadors of the Palais des congrès can play a role in accelerating the restart of business,” said Hany Moustapha, President of the Ambassadors Club of the Palais des congrès de Montréal and Professor at the École de technologie supérieure. “By identifying conferences that could be held in Montréal in the future or by urging their peers to follow their example and get involved in the process of attracting a major event to the city, these are assets Montréal can count on as it strives to recover.”