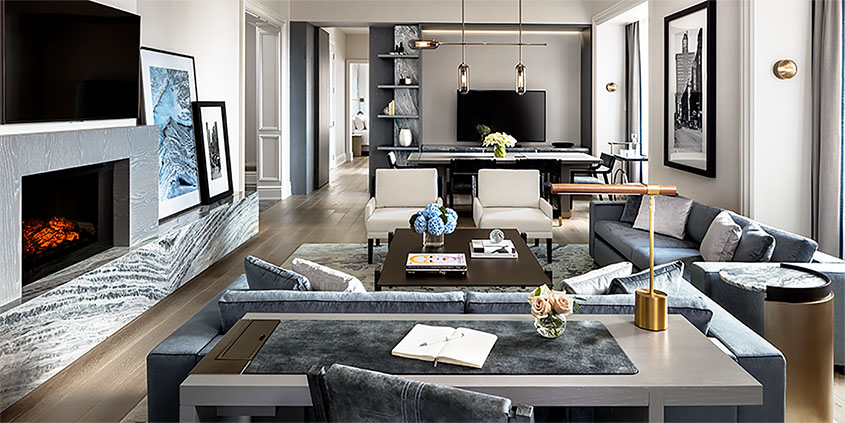 The St. Regis Toronto has appointed Hiren Prabhakar as general manager. He brings 29 years of hospitality experience in luxury and full-service hotels to his new role at the property. His illustrious career has seen him in roles across India, Dubai, Poland, Spain, Germany, Zambia, Saudi Arabia, Russia, and Canada.

A member of the Marriott team for the past eight years, Prabhakar most recently opened the Toronto Marriott Markham, the first newly built, re-designed Marriott in Canada. Previously, he led the first global re-branding for St. Regis Hotels & Resorts at The St. Regis Moscow Nikolskaya in Russia. Prabhakar completed his bachelor’s degree at the University of Mumbai, India before starting his hospitality career with Oberoi Hotels & Resorts.

His time with Marriott has included the coveted Hotel of the Year, Marriott Luxury Brands Europe award in 2017 at The St. Regis Moscow. He also was awarded General Manager of the Year for his leadership at the Toronto Marriott Markham in 2019.

“Exquisite service has long been my passion and I’m thrilled and honoured to join the impeccable St. Regis Toronto team,” said Prabhakar. “I am very much looking forward to guiding the hotel’s unparalleled experience from the city’s best address.”

In a volunteer capacity he has devoted his generous spirit to serve as chair of the Marriott Business Council for Central Canada, as well as the advisory board for Children’s Miracle Network Hospitals. He has also lent his time to the board of directors for the Greater Toronto Hotel Association, Destination Markham Corporation and the Markham board of trade.